Dream On! It's Pisces Season. - The Sleep Code Journal 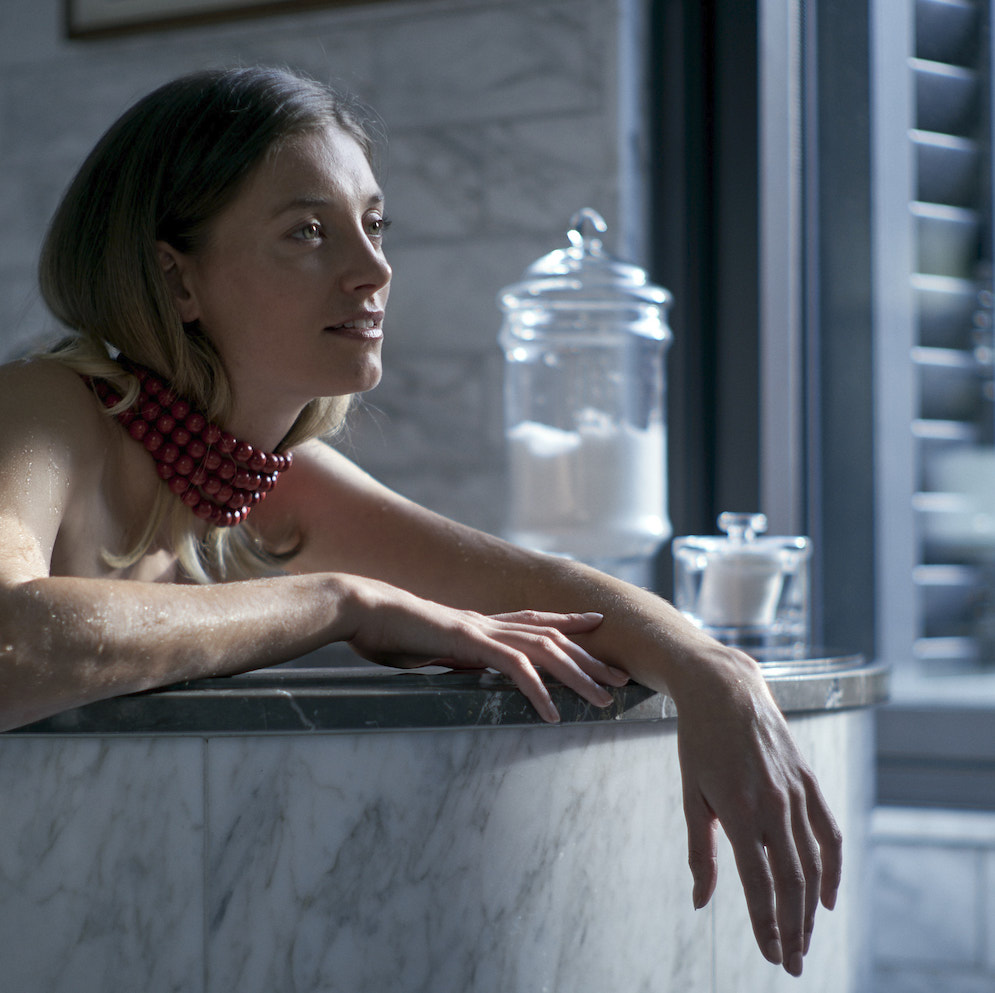 Welcome to Pisces Season! This is the zodiac season that The Sleep Code and Starry Nights belongs to. The last sign of the zodiac, Pisces is our chapter of of wonder, dreams, and surrender.

Welcome to Pisces Season! This is the zodiac season that The Sleep Code and Starry Nights belongs to. The last sign of the zodiac, Pisces is our chapter of of wonder, dreams, and surrender. It’s where the Universe offers us healing, completion, and closure; should we do the work to allow it. And as we let go of the thoughts, emotions, people, places, and things that prevent us from our highest and brightest outcomes, so we receive the rest, healing, and miracles of Pisces.

March opens with red-planet Mars entering Gemini until April 23rd. Gemini is very different from Pisces energy; yet it can be leveraged as a complementarity. With Mars in Gemini, the zodiac will feel mentally restless and looking to explore, learn, and put all their cognitive energy to good use. Let your mind take you to many places during the day; so by night, you’re feeling ready to enter Pisces’ dreamland.

A New Moon in Pisces on March 13 wants our intentions on completion and healing. Is there something you need to take responsibility for? Is there someone you need to apologize to? Is there an existential arena that has to be surrendered first so the Universe can manifest a more frequency specific person, place, or thing in its space? Tell the Universe all your intentions on apologies, forgiveness, and closure.

The Full Moon in Libra on March 28th has us leveraging the ongoing dialectic of: autonomy and connection. So often we think we have to love ourselves or know ourselves first before loving and knowing others. The Full Moon in Libra reminds us that we all have to hold the paradox of me and we as a polarity that needs to be leveraged; not a problem that needs to be solved.

Happy Birthday, Pisces! This month is all about you. And your desires, hopes, goals, and changes. Tell the Universe all your birthday wishes on your annual New Moon on March 13th. Be fearless, specific, and name all that you want to become and be for your birthday. Push aside perfectionism, scarcity, and comparison – and just name your desires! When Aries Season begins on March 20th, it’ll help you get clear on your values for security and safety. It’ll inspire you to live into your values for the truest sense of safety. While you know you are who you say you are. A sexy Full Moon in Libra on March 28th helps you understand intimacy, sexuality, and eros more meaningfully. So pursue pleasure for pleasure’s sake! 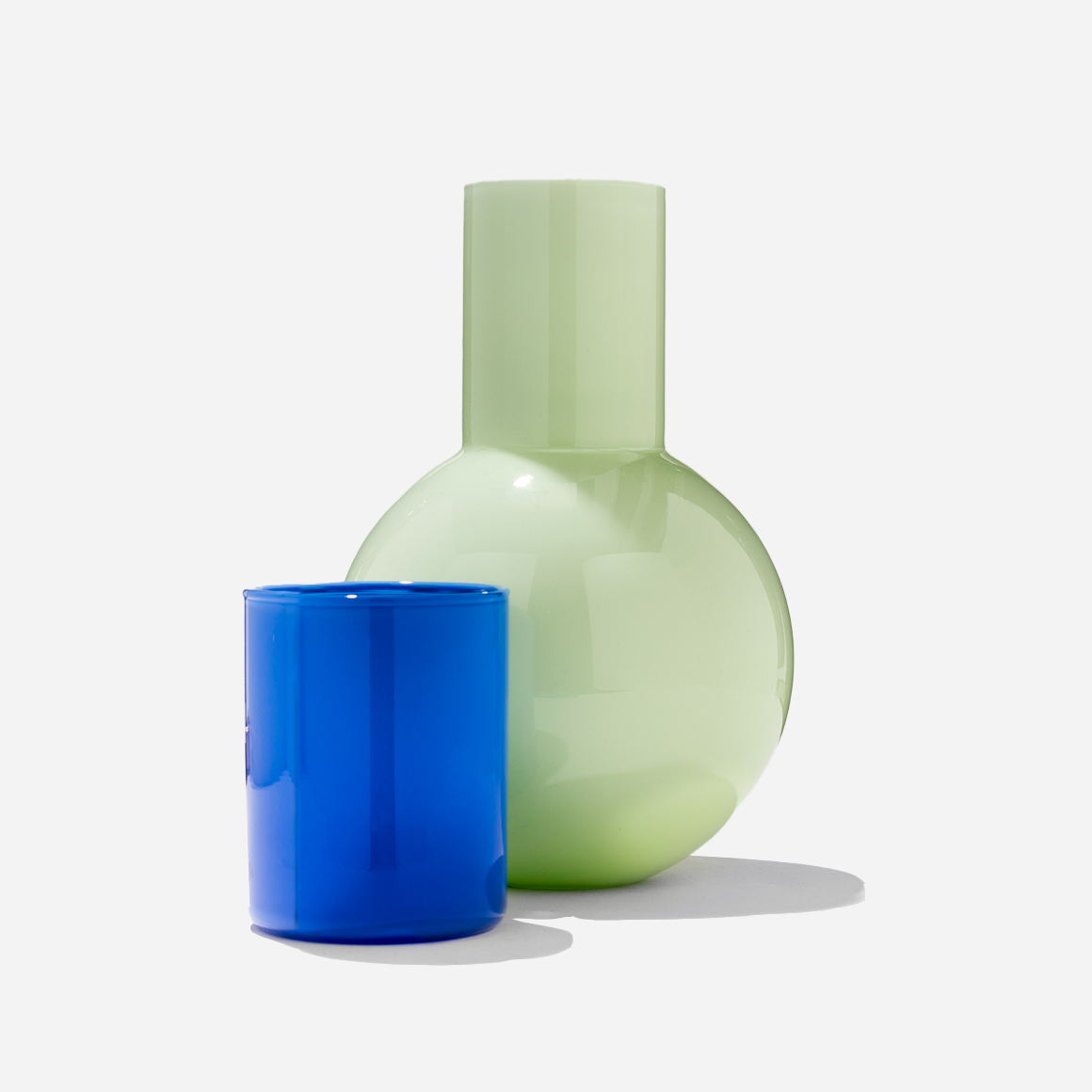 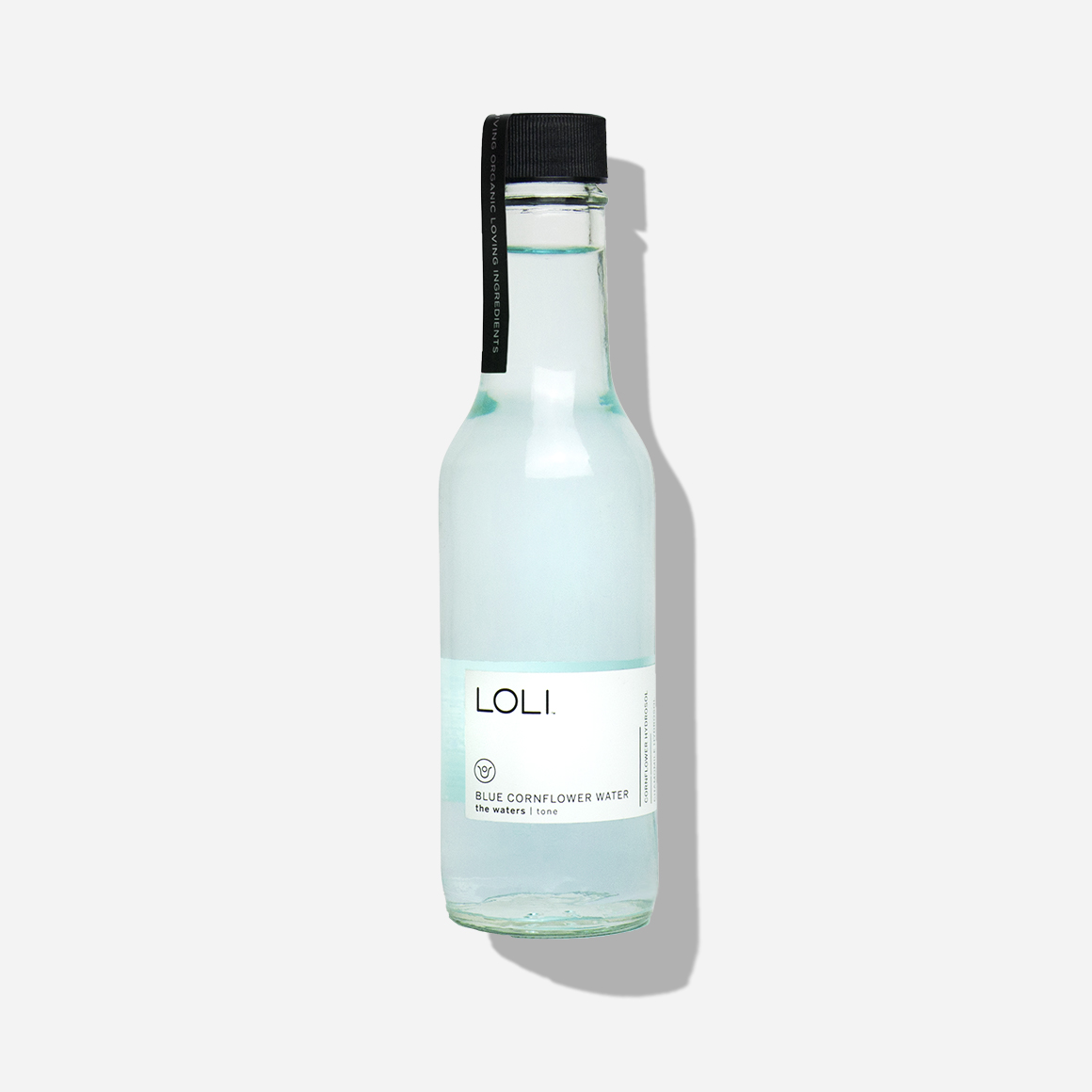 $38, thesleepcode.com
A soothing mix of chamomile and witch hazel...like you, Pisces.
Shop Now 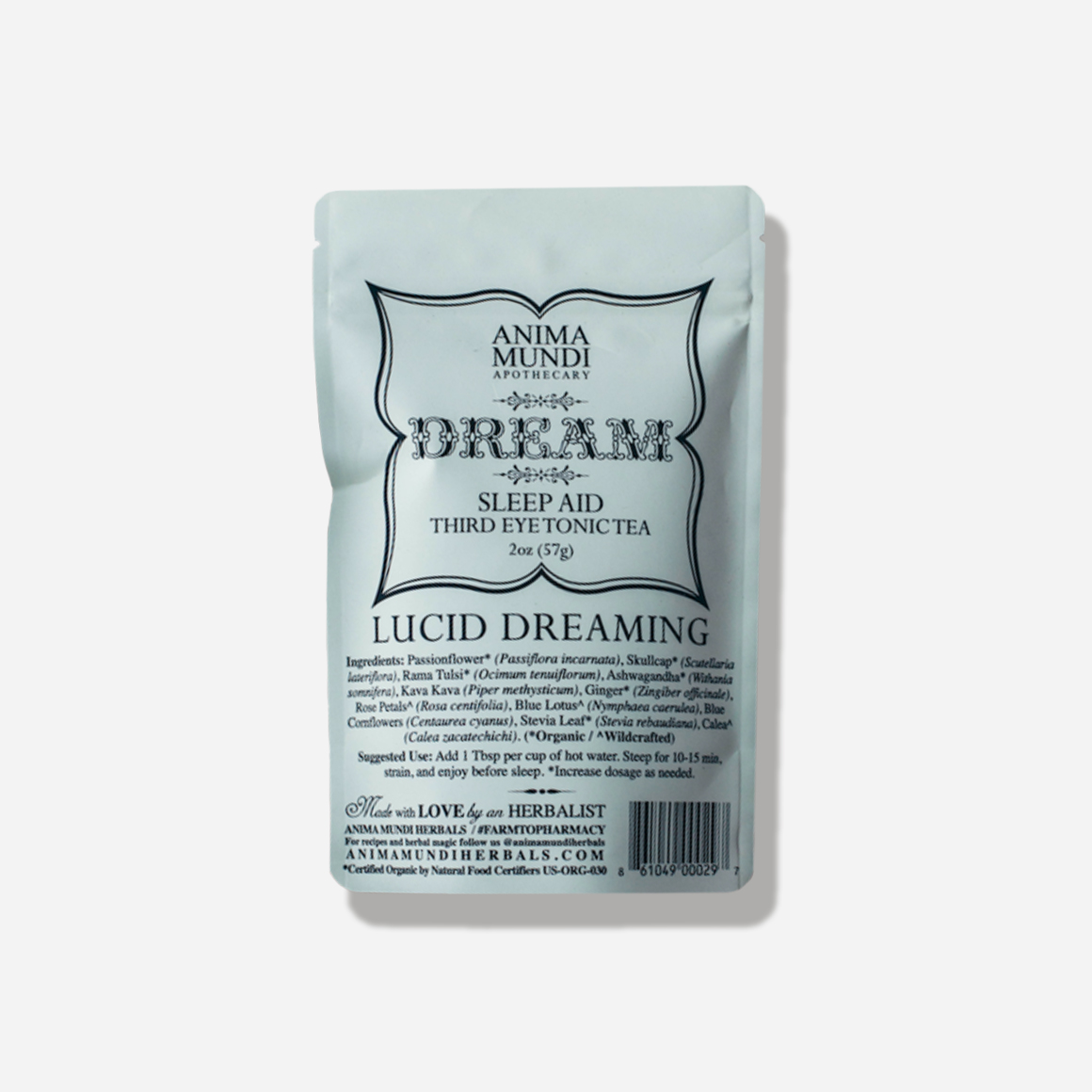 This is your month of sabbatical and sleep, Aries! Pisces Season invites you to soften into rest, recharge, self-care, and completion. The New Moon in Pisces on March 13th wants your intentions on healing; what has to be confronted, let go of, amended, or forgiven? Aries Season begins on March 20th and after your healing work this month, you’ll be brand new! Pursue all your desires for desire’s sake. A Full Moon in your Libra ruled relational zone on March 28th invites a new dynamic, deepens your current ones, or lovingly completed relationships that have served their educational purpose.

Clock out please, Taurus! Pisces Season invites you to work less and live more. Reunite safely with your closest friends and celebrate each other’s progress. The New Moon in Pisces on March 13th wants your intentions on friendship, community, and political/social organizing. Have you mapped your role in a social ecosystem yet? This is the time to do it! When Aries Season begins on March 20st, you’ll be feeling *sleepy*. Take the month off as much as you can and give yourself permission to rest, recharge, and go within. A Full Moon in your Libra ruled health and wellbeing zone on March 28th helps you commit to a strategy which optimizes your emotional, psychological, and spiritual well being. Bonus points if you can get an accountability buddy!

Gemini:
Rise and shine, Gemini! Pisces Season is your most soulfully productive time of year; your ambition, efficiency, and ability to accomplish goals is off the charts. A New Moon in your Pisces ruled career zone on March 13th wants your intentions on how you can best contribute your gifts, skills, and resources on the job; so that you might also be a healing agent as well. Aries Season begins on March 20th, you’ll be looking to socialize safely with your ride-or-dies. Reconnect with your comrades and have a ball. A Full Moon in your Libra ruled confidence zone March 28th is sure to help you interrupt a thinking trap like comparison, perfectionism, and scarcity so you can choose worthiness, authenticity, and gratitude instead.

Think bigger, Cancer! Pisces Season is “back to school” and encourages you to educate yourself on ideas that expand your problem solving skills. A New Moon in Pisces on March 13th wants your intentions on faith, vision, and education. How can you ask for a different perception which helps you see/understand differently? Aries Season begins on March 20th and you’ll be a rockstar at work. Your proficiency, leadership, and power to affect change will guide you to wonderful results. A tender Full Moon in Libra on March 28th in your sensitive home and family zone could help you reframe your approach to “home” and “family” in a liberating way. Especially as you remain open to seeing them as imperfect, flawed people who are doing the best they can with the tools they have.

You’re a cat in heat, Leo! Pisces Season is your most intimate, sensual, and erotic month. Think about how you claim life force, passion, and longing. A New Moon in Pisces wants your intentions on intimacy, sexuality, and the willingness to be seen. Like Esther Perel frames “intimacy” as “into-me-see”. Fellow fire sign Aries Season begins on March 20th and you’ll be looking to cultivate meaningful discovery … in a global pandemic. Bust open your unfinished books, take an e-course, and let your inner nerd shine. A Full Moon in your Libra ruled communication sector on March 28th wants you to use more honey than vinegar in the way you perceive, speak, and listen.

Virgo:
It takes 2 … or more, Virgo! Pisces Season is your chapter of relating, interpersonal dynamics, and romance. Especially with people who are very different than you. The New Moon in Pisces on March 13th wants your intentions on the giving and receiving of love. Write down all you want to receive from romantic partners as well as what you want to give to them too! Aries Season starts your chapter of meaningful transformation and relationship commitment on March 20th and you’ll be tasked with understanding “trust”. A Full Moon in Libra on March 28th wants to ground you in values, embodiment, and sensuality. Think about you frame security and how you live into your values.

Health is wealth, Libra! You’re committed to optimizing your emotional, physical, spiritual, and psychological health. The New Moon in Pisces wants your intentions on how how you can strengthen your autonomy through routine, ritual, and consistency. Your life works when you work at making your life work! When Aries Season begins on March 20th, you’ll take your newly minted self to the realm of opposites-attract style chemistry, relating, and romance. Let yourself be different from the habits and protection-programs of the past. Especially under the Full Moon in Libra on March 28th which helps you claim a cosmic reset. You’ll be breaking habits and histoires from the past and consciously, imperfectly choosing new behaviors in the present to secure the results you want!

It’s safe to self-disclose now, Scorpio. Pisces Season helps you take off the armor and share a meaningful truth, desire, fear, and/or hope. The New Moon in Pisces on March 13th wants your intentions on courage, creativity, and worthiness. Refrain from externalizing your worth and claim it more so as your birthright! The start to Aries Season on March 20th centers you after a month of risk, uncertainty, and emotional exposure with routine, groundedness, and mindfulness. You’ll be feeling strong because you were so brave! A Full Moon in Libra on March 26th helps you release thinking traps, maladaptive emotional patterns, and more in order to help you step into love, trust, forgiveness, and peace.

Happy homecoming, Sag! You’ll be looking for the people, places, and circumstances that keep your heart safe. Surround yourself with the context for emotional safety. The New Moon in Pisces on March 13th wants your intentions on home, family, and belonging; so tell the Universe your intentions on how you’d like to have both security and anchoring so you can explore and have freedom too. You deserve both! Fellow fire friend Aries Season starts on March 20th and helps you claim more confidence to share your creative goals, hopes, aspirations, and more. See yourself as fundamentally worthy right now of love, belonging, and success. A Full Moon in Libra on March 28th helps reunite you safely with the friends you love. You’re longing for an expanded social experience and whether digitally or at a distance, this is the weekend you’ll receive it!

Use your words and listen carefully, Cap! Pisces Season strengthens your perception and communication skills; while helping your fluency in the between the lines spaces. The New Moon in Pisces wants your intentions to understand cognition accuracy and fluency in the cues, tones, body language, and energies too. Aries Season’s start on March 20th helps you understand your desires for emotional belonging. Where are the people, the places, and the scenarios that keep your heart safe? A Full Moon in Libra on March 28th gives your career the changes you want; especially as you remember that the quality of your professional success is largely determined by the quality of your relational intelligence and relationship skills!

Let’s get centered, Aquarius! After your birthday month, you’re ready to ground down a bit and feel more anchored and embodied. So the New Moon in Pisces on March 13th wants your intentions on just that and financial security as well. How can you claim “safety” as an internally defined conviction? Aries Season’s start on March 20th wants you to remember; straight talk leads to straight understanding. Take a more dynamic approach to language and say what you need to say without invitation. A Full Moon in Libra on March 28th helps you live from vision and not circumstance. You’ll be generating wonderful outcomes because you’re applying a new way of looking at life which can’t help but creatively problem solve.

Fall back in love with bedtime.

15% off your first purchase if you sign up with your email below. Be the first to know about special offers and new arrivals.*
Thanks for signing up!